FantaVerse is built on token economics and every segment in BIGANT has a token economic cycle. The entire metaverse uses an ERC-20 ecosystem token - FantaCoin (FTC). FTC is mainly used for DAO decentralized governance and revenue sharing.

The Universal Token (UT) is the token used in the FantaVerse metaverse game. Pricing will depend on utilization by players, internal utility within the game, further development and expansion of the game as well as demand forces.

For breeding, both FTC and UT are required.

Use Cases:
1. Character Breeding (both FTC and UT are required)
2. In-game purchase of props and weapon/armor levels
3. Consumption in the FantaVerse game ecosystem

sFTC is a cryptocurrency that uses FantaVerse mining machines to provide storage, CDN acceleration, cloud game computing services for FantaVerse metaverse and network transmission of equipment data. sFTC and FTC exchange will be 1:1.

When developers utilizes storage, CDN acceleration and FantaVerse, sFTC is consumed during transmission of data and payment for blockchain transaction fees on FantaVerse.

Staking: FTC staking per physical node, pre-staked, staking amount will be announced after testing on network. FTC staking value will be adjusted according to the number of participating mining nodes.

sFTC can be exchange with FTC via cross-chain bridge in FantaVerse wallet.

Consumption: A certain amount of sFTC will be consumed when blocks are added on-chain. Consumption amount will be adjusted according to real-time data.

Universal Token (UT) is the token used in FantaVerse metaverse game. It can be used for character breeding, purchase of epic equipment, Galaxy Points, etc.

Preparation:
1. Decentralized wallet on BSC
2. Purchase of NFT characters on BSC chain to participate in the game and increase daily income through purchase of weapons and equipment. 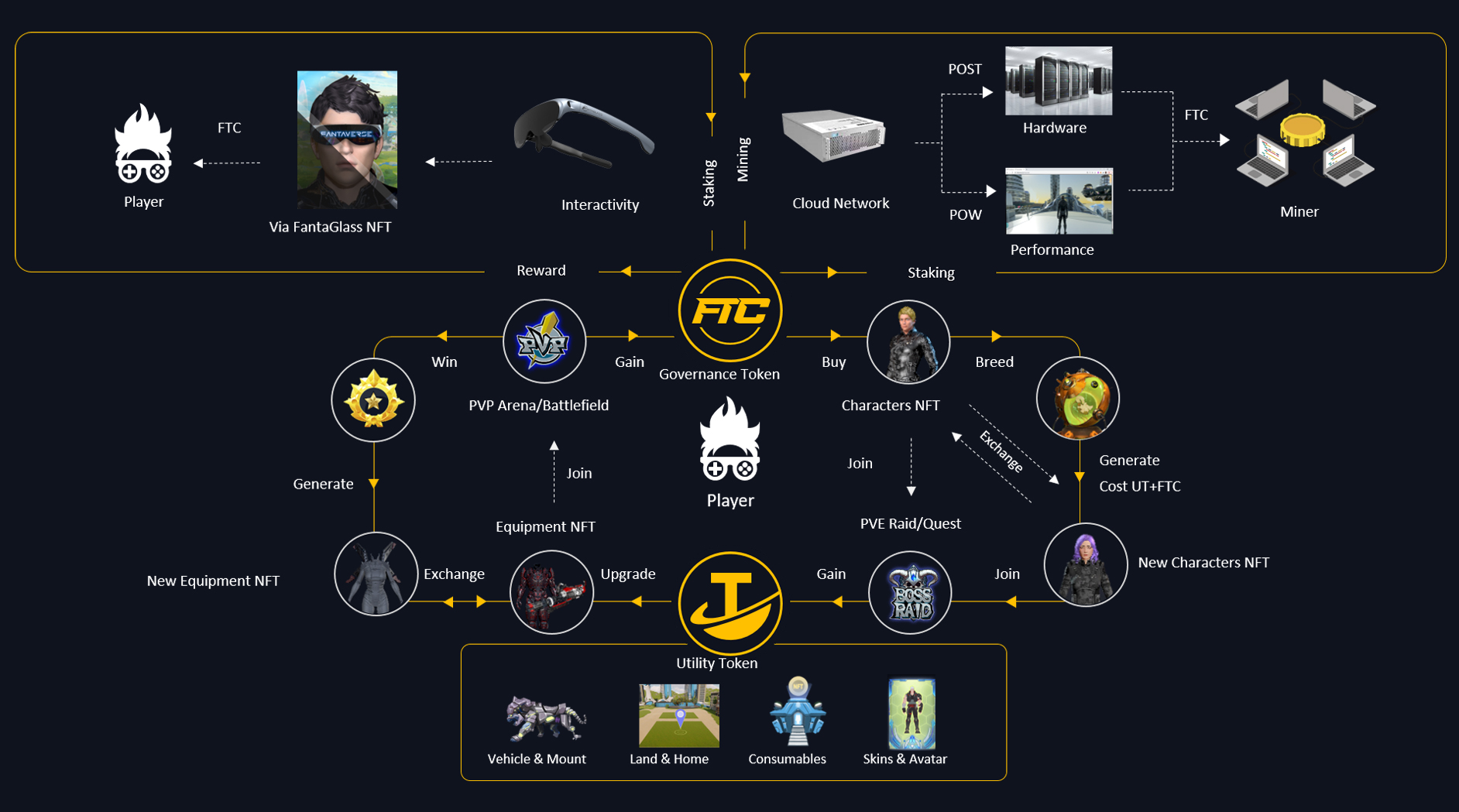